Over the centuries, the original names changed and finally came to be the place name "Ratten" in today's municipal area. These initial names are sometimes still used in dialect form, particularly the place name "Rodn".

The region of the upper Feistritz was first settled after 1200. The Feistritz river and the Fischbacher Alps were important control, legal and administrative boundaries for centuries.

The senior civil servant and village magistrate judge had his office in 1426, for the first time alluded to as Taczhof (Tacz = tax). The Tatzhof, today Krainer hotel, is the oldest secular buildings in Ratten. According to old stories, there was a subterranean passage leading to the Rosary chapel as an escape route.

For centuries, the inhabitants of Ratten were predominantly farmers and a smaller part craftsman.

The approximate constant population size from 1770 (first record) to 1920, of around 800-900 people, rose in the early '20s due to coal mining, glass works, the wood industry and rail connections, as well as the immigration of glass trade workers from the Sudeten territories (Bohemia).

The-commercial emphasis in the town of Ratten has been in the economic sectors, tourism, service and agriculture and forestry for several years. 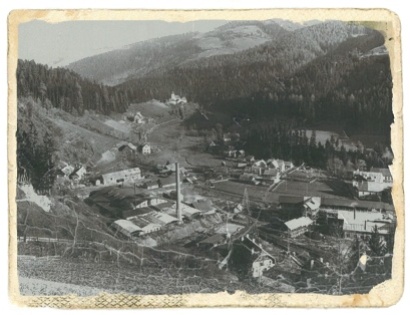